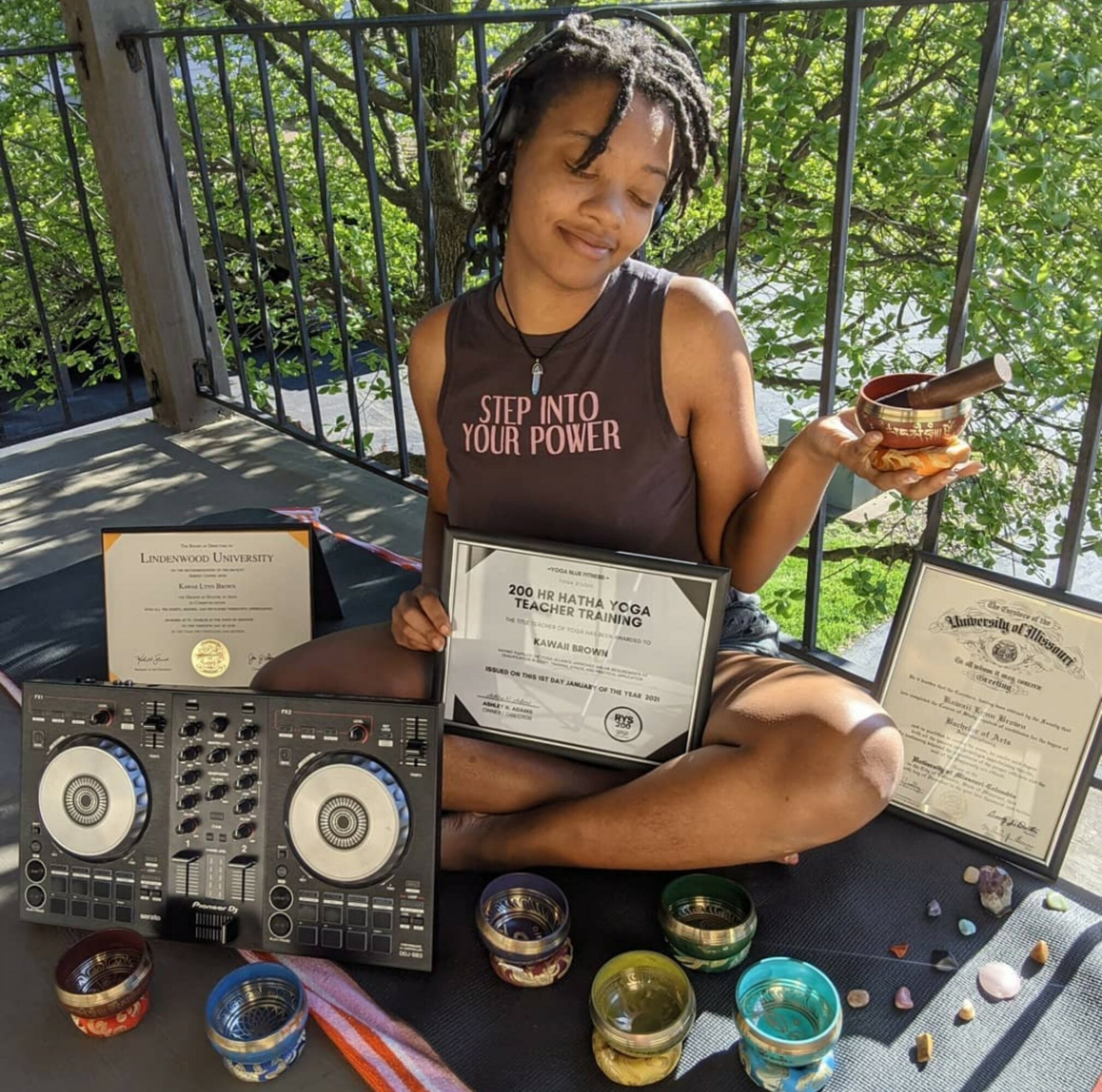 Today we’d like to introduce you to DJ She Beatz.

Hi DJ She, thanks for joining us today. We’d love for you to start by introducing yourself.
I started in Spring 2016 while I was finishing up graduate school at Lindenwood University. I was “learning” my degree in Communication and Promotion. My final project in one of my courses was about introducing a new product into an existing market. I was always interested in arts and media, so I already had a goal to have some sort of arts/music industry career. I literally went out to celebrate one night and the DJ was terrible! The thought of being a DJ crossed my mind in that moment because I had way more fun in the car on the way to club. So as I’m thinking of a topic for my final project, I reflected on that night and decided to introduce DJ she Beatz to the existing DJ market in St. Louis, MO.

In my course, we learned the steps it takes to introduce new products and it was a whole outline I had to follow – who knew I was basically writing out a five years plan. So I wind up getting in at local legend DJ Sir Thurl’s DJ company called All Star DJ Service, where I learned set up, theory, met my DJ teacher, DJ Flex, and got my certification. I was able to experience DJ-ing community events such as youth dance competitions, anti-violence rallies, and even Cardinal’s Opening Day. I did that for about a year while also DJing at local bars and private events like birthdays and weddings. I was also working for AmeriCorps and the event coordinator for the high school I was placed in linked me to another DJ company in 2017 where I experienced bar/bat mitzvahs, homecomings, dinner parties, and even a 80’s themed 60th B-Day party. Meanwhile while I consistently, and in hindsight subconsciously, applied my skills and things I learned along the way, as the year went into 2018, I independently began landing weddings, galas, comedy shows, poetry events, club gigs and I was blessed with the opportunity to play at a wedding reception in Las Vegas on the rooftop of the MGM Grand.

March 2019 was a big year for my DJ career, I got picked up for the original Trap n’ Paint tour which had went viral because of its large crowd swag surfs and twerking attendees. I traveled the Midwest and the East Coast for six months, playing New York, Detroit, Philly, Chicago, Ohio, Boston, Virginia, Maryland, Jersey, Tennessee, and Indiana, multiple times. The experience was great and the fans/friends I gained are priceless, that’s why I had to try to name every city I hit! The tour ended pretty rocky but I had a smooth landing returning to STL in the Fall of 2019. I hit the ground running with my own parties – I created my flyers and posted them in popular local places. I definitely applied several marketing tactics I’ve learned. My first show ended up being a success and it landed me a residency on the same block in the historical Grove area in St. Louis. As the weather became colder, the shows eventually died out, however it made the local tastemakers interested in addition to me coming off a tour. So I was also getting booked to do more high-profile local events such as bring in the New Year at the Historical BB’s Jazz Blues & Soups and I believe I was the first DJ and first female DJ to do it.

At the top of 2020, I also reached a personal goal of mine and landed another gig in Las Vegas in a very popular traveling showcase called Tuesday Blend. I got a headline on the flyer and everything! Soon after, I was asked by the Legendary G. Wiz, STL Hip-Hop Historian, Film Maker, and nationally known as the god pop’s of hip-hop to do an interview on STL’s premiere independent community radio station 88.1 FM KDHX. I was very close to moving to Las Vegas at this time before corona hit but it happened for the best because I really used the time to go within and “do the work” as they say and She Healz was born. She Healz is my wellness center coming soon, right now it’s an online store, shehealz.com, that sells stones/crystal jewelry, sage, and palo santos. I even offer yoga, sound bowl sessions, energetic and intuitive readings. Ironically, towards the end of the year, I got offered a spot at 88.1 KDHX and then @shehealzradio was born, where I strive to “raise the frequency of STL one beat per minute through music and wellness education.”

Now it is the highlight of my 2021, I’m on the air every Thursday from 4-7pm. I also received my yoga teacher certification and began adding sound bowls to my sets. I just started a new series at BB’s Jazz Blues & Soups called Mindful Mondays and it’s been picked up weekly! Meanwhile, I’m still getting booked for weddings, etc. and she Healz is doing well as I’m looking and creating more opportunities to vend and host pop-ups. Far as what’s next, follow my social media!

We all face challenges, but looking back would you describe it as a relatively smooth road?
I’ve definitely had some struggles in general and being female, of course. Being a black woman, you have to prove yourself 3x over and if you are black, female, and attractive, you must be ten steps ahead at all times. There are so many biases, however, I’ve primarily experienced ageism, sexism, and people seemingly to innately want to make things hard for me because they felt my life was easy based on my appearance and aura. I’ve also dealt with people doubting me and my intelligence because of my appearance and aura as well. In a nutshell, everything comes with adversity and there will be new devils with each new level. In the end though, I don’t have any regrets about any of my experiences because I overcame them all and I am wiser and I am stronger. I learned to just do it for me.

Can you tell our readers more about what you do and what you think sets you apart from others?
On the side, I freelance social media management, marketing, and graphic design. However, I mentioned that during corona quarantine, She Healz was born. She Healz is my wellness center coming soon, right now it’s an online store, shehealz.com, that sells stones/crystal jewelry, sage, and palo santos. I even offer yoga, sound bowl sessions, energetic and intuitive readings. I developed this venture out of the pain and trauma I was healing that being quarantined made me acknowledge. I definitely learned to transmute my energy and alchemize it into creativity and healing. My mixes were becoming more high frequency and I was being thrown into a lot of ventures that seemed to just fall in my lap. I end up working in a few smoke shops and learned about CBD, the actual benefits of the marijuana plant, and how to manage a retail store.

I also got more into herbs, stones, crystals, and essential oils and I began doing yoga on my own and sticking to a routine due to me needing to find comfort while I was quarantined. I learned I was hyper-independent among other things that revealed to me why I was uncomfortable. The result of unpacking all of this led to extreme healing and my purpose was revealed. The more leaps of faith I took in my journey, the more peace and fulfillment I began to experience in my life. I became instantly inspired to share all the information I learned and distribute it through DJing, art, education, and resources. I feel my mission is what makes me special because it’s truly my purpose and it’s only mine – and that’s what sets me apart from others, I am most definitely a vibe that I am proud of.

What’s next?
I definitely want to generate enough capital and income to become a hip hop healing philanthropist! I have plans for nonprofits, community events, and media content. All I can really say is stay tuned on Instagram & Facebook @djshebeatz @shehealzradio. 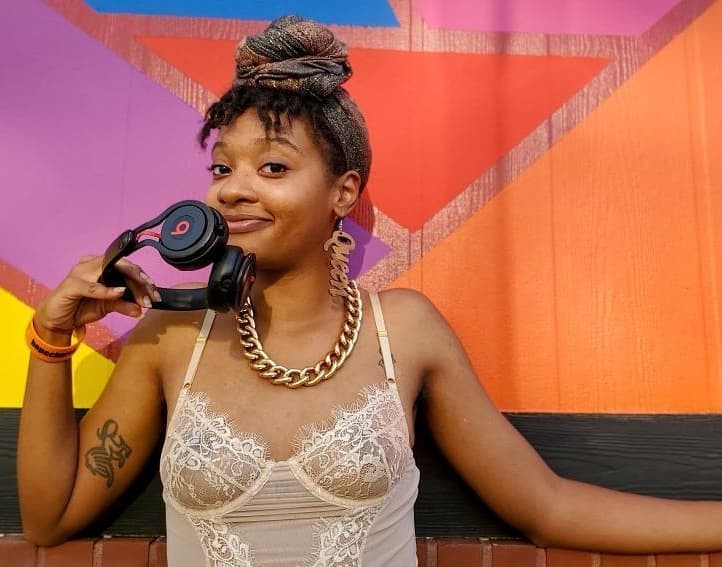 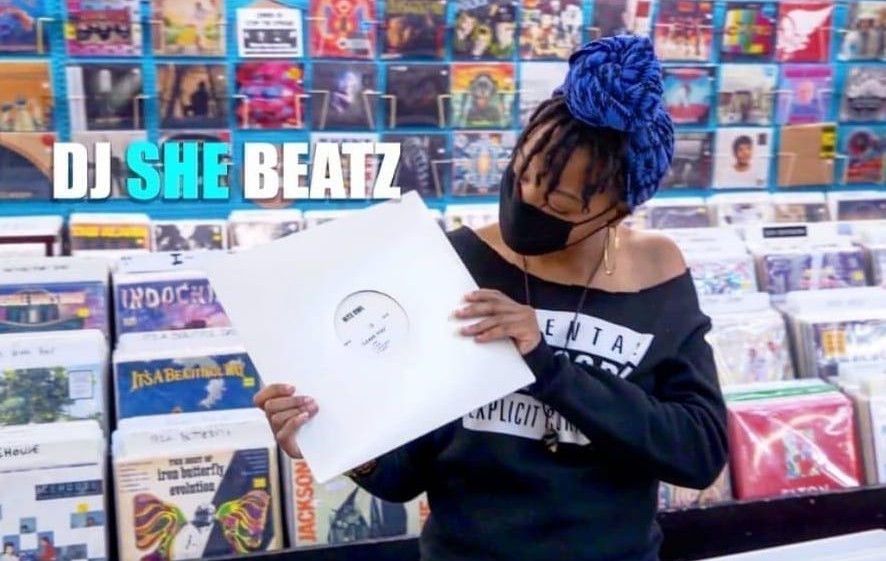 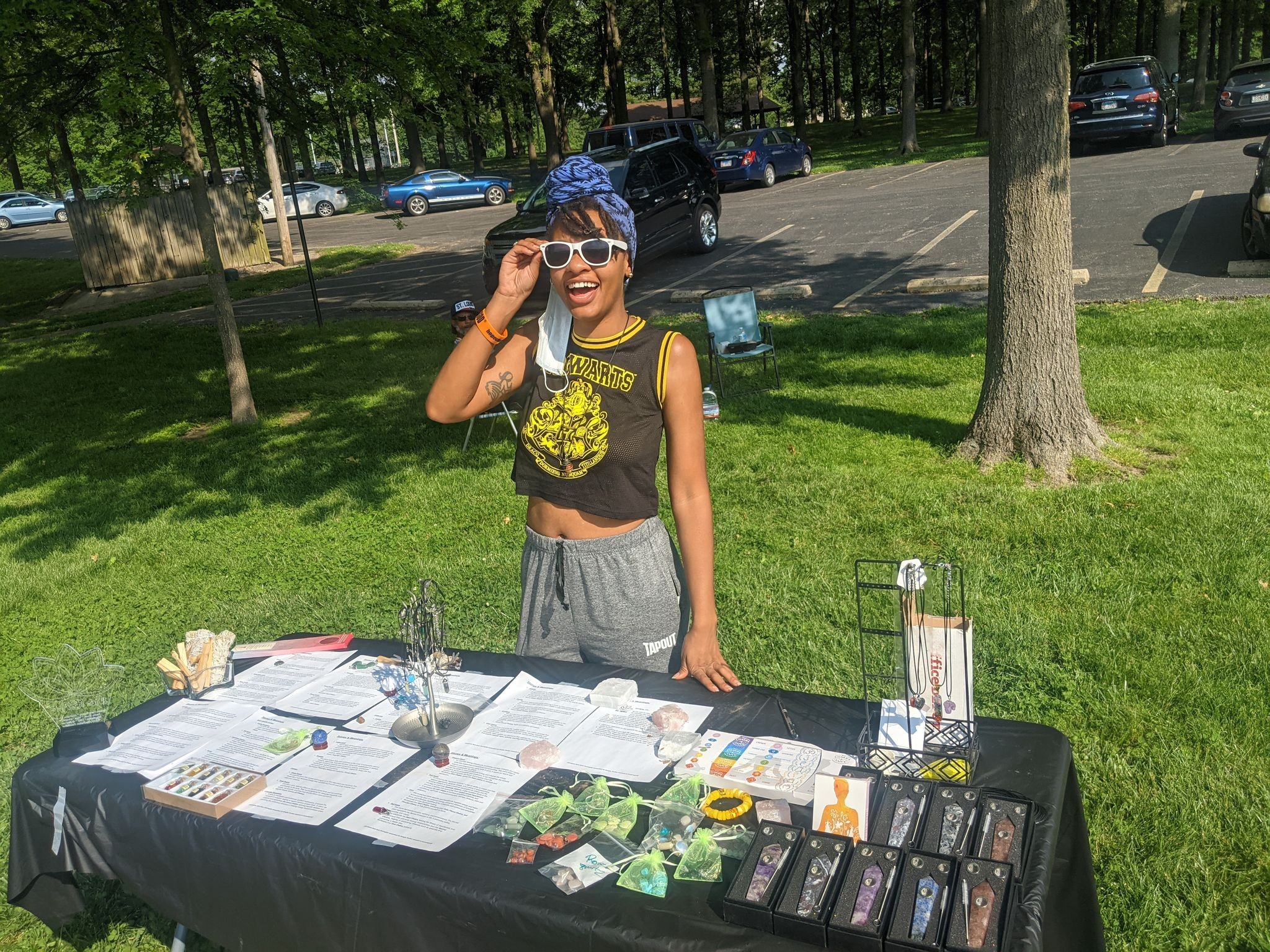 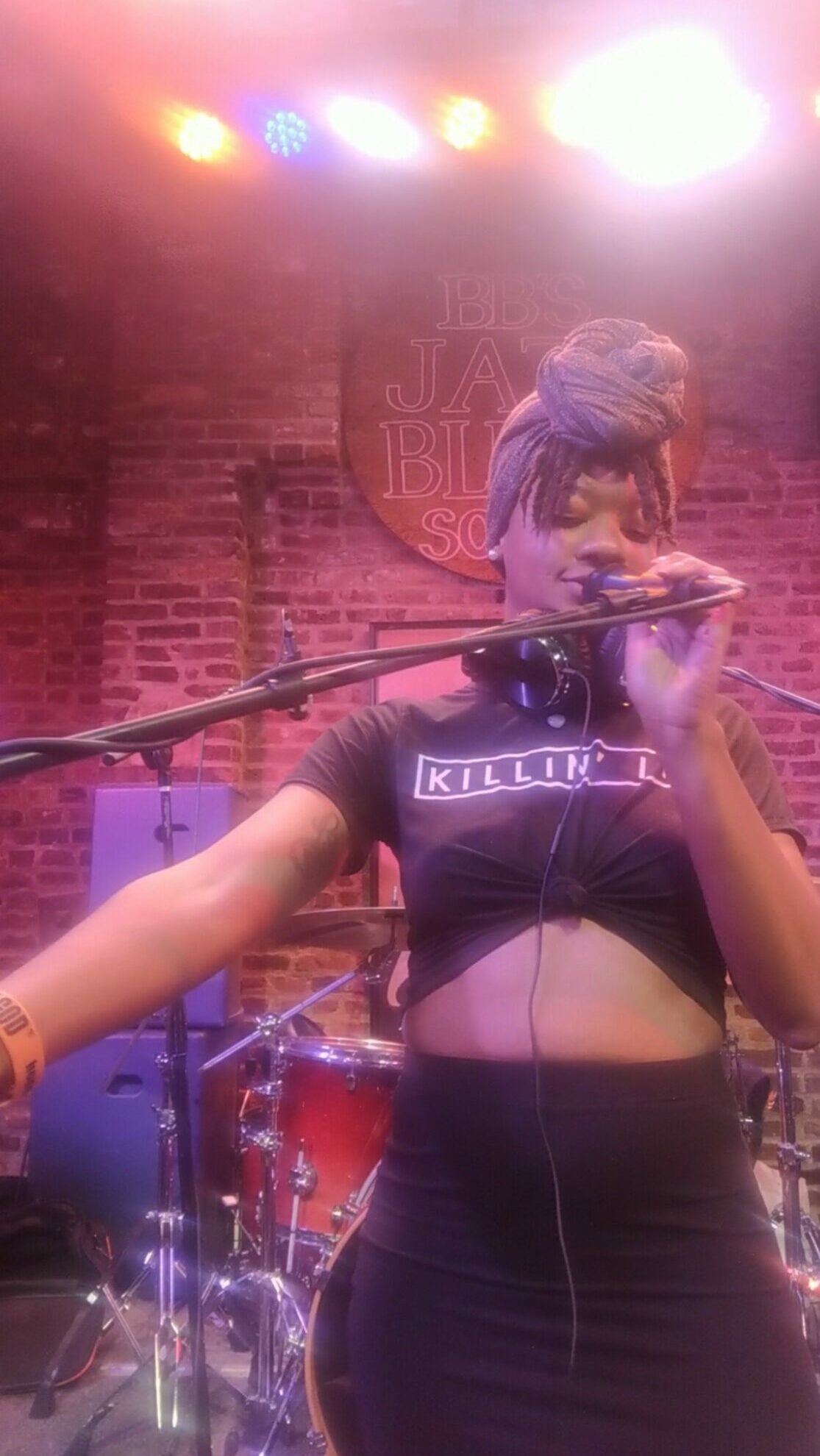 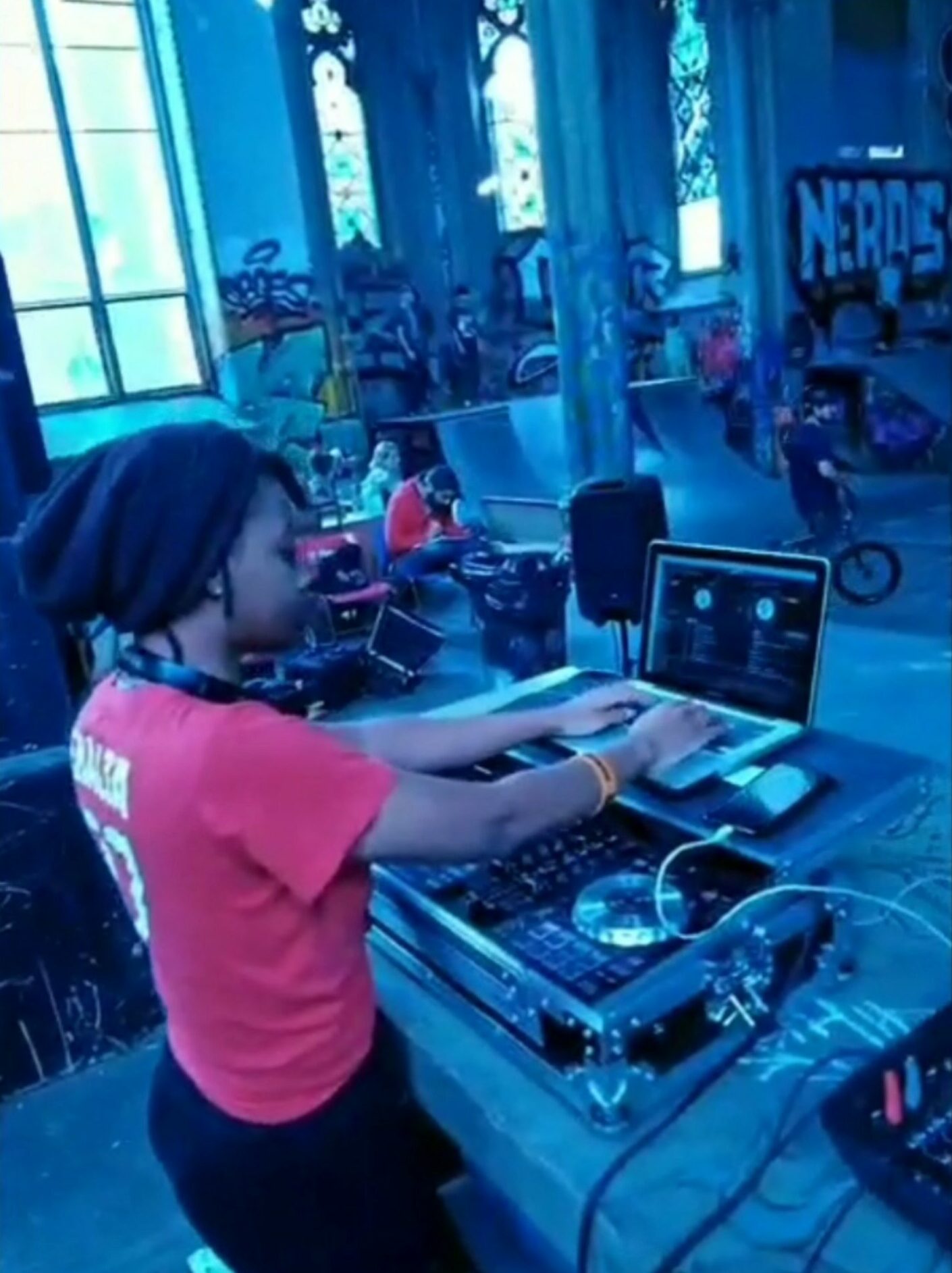 Suggest a Story: VoyageSTL is built on recommendations from the community; it’s how we uncover hidden gems, so if you or someone you know deserves recognition please let us know here.
Related Items